DFS Plays of the Day – April 6 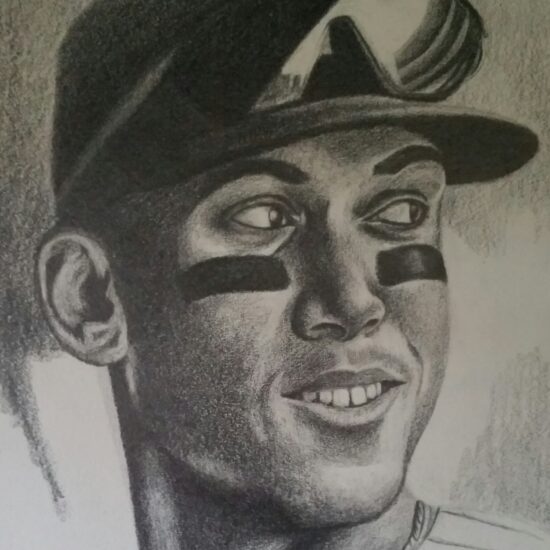 Lucas Giolito followed up his breakthrough 2019 with a dominant showing in last year’s abbreviated season. Among qualified starters, he was tenth with a  24% K-BB% and he was second to Jacob deGrom with a 17.3% swinging K rate. The Mariners, meanwhile, struck out at a 25% clip last season, eighth worst. If the early returns are any indication, the Mariners should continue to be a strikeout-friendly draw. The White Sox are sizeable road favorites (-140) in Seattle this evening.

Freddy Peralta beat out Josh Lindblom for the final spot in the Brewers rotation this past spring. He’s shown a ton of upside throughout his career. Case in point being his big league debut against the Rockies at Coors back in 2018 where he recorded 13 strikeouts—a Brewers franchise record for rookies. The popular refrain against him is a limited arsenal that’s almost exclusively fastball/curveball. Indications out of Spring Training are, though, that he’s since added a changeup this past offseason among other nuances to diversify his arsenal and enhance his viability as a starter. It’s a tough matchup against the Cubs but the strikeout upside (37.6% K rate as a reliever last year) and lack of too many standout options tonight in the lower tier make Peralta worth targeting.

One of the advantages to look out for early in the season is decent hitting weather. In which case Texas makes some sense tonight as temperatures should be around 80° during game time. The Rangers will be turning to Dane Dunning tonight. Acquired by the Rangers in the offseason for Lance Lynn, Dunning was impressive last season with a 3.97 ERA and 1.12 WHIP, however, it was just a limited seven start sample. He should, also, be on a leash of sorts as he’ll be followed by the lefty Wes Benjamin. For Vladimir Guerrero Jr, we saw last year the raw power he possesses the evidence being a remarkable 118.9 max EV to go along with just a 15.6% K rate. The only question is if he can tap into it more often in games. And if he does the price will only climb from here.

On the other side of this game, Joey Gallo brings his monstrous power upside in a favorable matchup with a lower K risk than usual considering Tanner Roark and his 18.6% K rate last year. The righty Roark also ceded a .380 xwOBA and 13% barrel rate to opposing hitters.

The Mets have an implied total of just under five runs putting them firmly on the board as an offense worth targeting. In addition to just about an average K rate of 20.3%, Chase Anderson has shown some pronounced reverse splits ceding a .349 wOBA to opposing RHB as opposed to just a .299 mark against lefties for his career. In that sense, Pete Alonso and his massive power fits the bill. Regardless of Anderson’s reverse splits, Alonso’s teammate, Michael Conforto, looks to be a little underpriced on DraftKings in particular at just $3,700.

The Rockies will be facing off against the righty Luke Weaver, who is coming off of a dreadful 2020 campaign that saw him end with a 6.58 ERA and 1.56 WHIP while finishing with a 1-9 record. The Rockies have, not surprisingly, the highest implied total on the board this evening at five and a half runs. Ryan McMahon will hold the platoon advantage in this one and has shown decent power with an ISO over .200 in his past two seasons. On DraftKings, considering his power potential, McMahon’s teammate C.J. Cron looks underpriced. The righty-hitting Cron has posted an xwOBA over .360 in each of his past two seasons.

On the other side of the game at Coors Field, Josh Rojas, who is coming off of an excellent spring should be hitting leadoff. His matchup is a tougher one though against Germán Márquez (17.7 K-BB% last two seasons combined). Rojas was very impressive in 2019 in Triple-A back with Houston posting a .276 ISO to go along with 19 steals in 53 games.

Ignoring the Coors game, the Blue Jays jump up to the top of the board with an implied run total north of five runs. As mentioned earlier, Dunning pitched well last year but he’s still an unproven commodity and he should be on a tight pitch count as he will be piggybacked by the lefty Benjamin. The bullpen was also not a strong spot for Texas last season as their relievers combined for a 4.71 ERA (seventh worst). Meanwhile, the Blue Jays should establish themselves as one of the most dangerous lineups in baseball. Currently, sans George Springer, the Jays lineup still offers a ton of power upside with the likes of Bo Bichette (.356 xwOBA last year), Teoscar Hernández (.398 xwOBA), and the aforementioned Guerrero Jr (.331 xwOBA). Marcus Semien was a disappointment last season but he had an outstanding 2019 in Oakland with a .285/ .369 / .522 slash to go along with a career-best 33 home runs. Randal Grichuk (.333 xwOBA) and Rowdy Tellez (.356 xwOBA) also offer home run upside near the bottom of the order as potential differentiators in tournaments.