Which Teams Can Spend the Most this Off-Season? 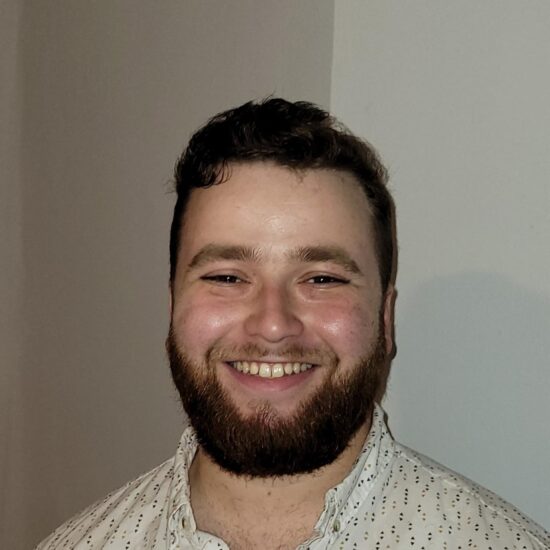 Using data from Spotrac and Forbes on team spending, revenue, and valuation, this article ranks how much money each MLB team has to spend this offseason. The teams that have the most to spend are teams like the Cubs and Giants which have spent years keeping their spending at a minimum while still being some of the wealthiest clubs in the game. Logically, the subsequent teams are those that already have significant monetary commitments and wish to add to them. Those teams are followed by several lower-to-mid budget spenders and the teams amidst rebuilds.

With the signings of Marcus Stroman and Seiya Suzuki last offseason, it appears as though the Cubs’ rebuild is coming to a close. The fourth most valuable team in baseball is now ready to get back into the spending game this offseason with over $100M of pre-luxury tax payroll flexibility. Chicago will be one of the most active teams in free agency making serious runs for all relevant free agents.

Similar to Chicago, San Francisco finds itself in a transitional phase from rebuilder to contender. Based on how 2022 played out, the Giants’ 2021 season can be considered an outlier. With game attendance dwindling, urgency will be necessary this offseason if Farhan Zaidi wishes to field a competitive product. The Giants have already been connected to Aaron Judge, and even if they are able to secure the All-Star, they likely would not stop there. Texas launched its new era of spending last offseason and will continue to raise its payroll this time around. Due to the three players the Rangers signed last offseason being their only significant monetary commitments, they have over $130M of space before arriving at the first competitive balance tax threshold.

Andrew Friedman once referred to his budget as “fluid” and there is little reason to think that the situation has since changed. As currently projected, Los Angeles has around $100M to spend before returning to its 2022 spending level. Already connected to several high-profile free agents, expect the Dodgers to spend money as aggressively as ever.

With Gerrit Cole and Giancarlo Stanton still taking up large chunks of payroll space, the Yankees don’t have as much available payroll as some others. Nevertheless, with mounting pressure from many directions, the Yankees have no choice but to seriously spend this offseason. Aaron Judge will likely be a large part of that spending, but management knows that he cannot be all if it wants the team to get any farther than it did in 2022.

Following the Cardinals postseason exit, Jeff Gordon of the St. Louis Post Dispatch reported that John Mozeliak, St. Louis’ President of Baseball Operations, expressed that he and ownership are prepared to raise payroll this offseason. With a strong core already in place in St. Louis, new additions should serve to mold the roster into one that is built for a deep playoff run.

No team has locked up its core quite like Atlanta has over the last few years, but by doing so, the team has also racked up a considerably high payroll. Nevertheless, with this core, the club has developed a consistent product capable of bringing in one of the highest levels of revenue in the game. This success will allow Atlanta to continue spending this offseason up to and beyond the luxury tax.

New York finds itself in a similar payroll situation to Atlanta. Before making any moves, Spotrac estimates the Mets to already be spending over $200M in luxury tax payroll. Payroll is, however, not something that will phase Steve Cohen; the Mets will be spenders. Nevertheless, they should not be expected to exceed the neighborhood of 2022’s payroll.

Boston has a lot of money coming off the books. A lot of money that it can use to right the wrongs of the 2022 roster. As they did in 2022, the Red Sox can be expected to spend above the luxury tax, which they have around $110M of room before reaching. The priority is the extension of the team’s cornerstone players, and the rest of the money will likely be put toward improving the bullpen and outfield.

As far as the Phillies have gone in 2022, close to no one believed they would get this far. Dave Dombrowski will undoubtedly continue to spend heading into 2023 to ensure the team can get close to replicating its 2022 results. Luckily for the experienced executive, he will have at least $100M to work with.

With some money coming off the books, AJ Preller is prepared to fill those vacancies with some better options. Ownership has expressed its willingness to aggressively spend its money at least until the franchise wins its first ring. A large swath of money will be devoted to making a go at extending Juan Soto.

There will be some big decisions to be made in San Diego…#MLBCentral discusses the future of the Padres' roster and if a long-term deal for Juan Soto would be in the cards.@markdero7 | @RoFlo | @LaurenShehadi pic.twitter.com/CVPuG6oED8

The Astors could go out and spend a significant amount of money this offseason. However, due to the strength of Houston’s pipeline, they don’t even need to spend that much additional money to be capable of returning to the ALCS. Management may, nevertheless, decide to spend more money to push them over the edge and try to win a championship that will be less tainted by the infamous sing-stealing scandal.

Jerry Dipoto expressed the club’s willingness to increase payroll prior to the 2022 season and affirmed as much more recently with the Luis Castillo extension. Nevertheless, the Mariners do not have much money coming off the books following 2022. Unless ownership is willing to flirt with the luxury tax, Seattle cannot be expected to spend to the extent that many other teams will, but, with just under $100M to go before approaching the luxury tax, it will still be highly active on the free agent market.

Since the White Sox locked up their core a few years ago, the most it has brought them are a few early postseason exits. With the arrival of a new manager, however, Chicago will look to give its core another shot. Due to the urgency, exceeding the luxury tax may be in play, but even if it is not, the White Sox still have significant flexibility before arriving at the $233M luxury tax mark.

The Blue Jays entered 2022 being floated as potential AL East champions only to be swept in the wild-card round. Conventional wisdom would dictate that Toronto would have to keep spending to improve its on-field product. Ownership has not given the green light to enter luxury tax territory in recent years, but it may have to consider doing so if the team wishes to compete in the AL East.

Detroit’s rebuild fell flat on its face in 2022 and ownership made it clear they recognized that when they let go of some front-office higher-ups. This failure serves to add to the mounting pressure on the Tigers’ ownership to make the team good again. Detroit spent on a couple of notable free agents last offseason and can be expected to follow suit this time around.

The Twins have fallen flat in the face of high expectations over the last few years. They surprised the baseball world last offseason by signing Carlos Correa. With the shortstop once again testing free agency and some other money coming off the books, the Twins are well-positioned to potentially be fairly active in free agency.

No team’s offseason outlook is more up-in-the-air than that of the Angels. With the sale of the team imminent, it is unclear whether the team’s most expensive assets will be sold off or if management will go out and be somewhat active on the free agent market. Either way, it does not seem like an offseason that will see the Angels be prodigious spenders.

The Diamondbacks are on their way back to contention. It is time for them to be active in free agency in order to build around their team-controlled players like Christian Walker and Zac Gallen who each had superb 2022 campaigns. Arizona can be expected to enter the next tier of spenders this offseason and settle at a payroll of at least around $175M.

The Rockies’ spending in recent years has been meant more to placate the fans than to build toward a future competitive product. Last offseason, they spent on Kris Bryant and they could make a similar move this offseason. However, ownership could too decide that since they are already paying Bryant, they do not want to make any significant addition to its payroll.

In 2022, Baltimore saw its first competitive baseball played in Camden Yards in a long time. The Orioles missed the postseason and sold at the trading deadline, but they proved to be a solid foundation that, if built around, could seriously contend for several years to come. Ownership does not have huge sums of money to work, but it will be looking to spend its limited fund on some valuable pieces to significantly improve its product.

As its young roster matures, Cleveland’s players will only get better. Guardians ownership is generally very conservative with its spending so the team will not be in much of a running for the big names, but it is undoubtedly time to begin adding some impactful veterans to the youngest roster in baseball.

The Brewers have a lot to figure out. While still a talented roster, it is ridden with holes that need filling. That can be at least partially accomplished by dishing out what little available funds management has to free agent, but there is a possibility that a fire sale may be on the table in Milwaukee.

Royals fans experienced the emergence of the next offensive core during the 2022 season. This offseason marks the perfect time for Kansas City to shore up its pitching staff to make a more complete team. Ownership has leeway before reaching last season’s spending number, and it is to be seen if it is willing to surpass that amount for the upcoming season.

#Royals manager Matt Quatraro says the first player he called was Salvador Perez. Then tells @Leabonics he knows how electric of a baseball town Kansas City can be. "It's quite obvious when the team's going well, the support is here and this place is rockin." @KCTV5 @royalsreview pic.twitter.com/hxxBFNO742

Tampa can be expected to set a similar course in free agency that it has set over the past several offseasons. Management will look for the most value in the little money that it does dish out. As usual, do not anticipate any big free-agent splashes from the Rays.

This year’s group of rebuilders is similar to last year’s group. These five teams are focusing far more on their minor league pipelines than they are on improving their major league product. They will all be somewhat active on the free agent market, but only for cheaper players. A couple of such examples from the last offseason would be the A’s singing Elvis Andrus and the Reds signing Tommy Pham.