Francisco Cervelli has been one of the best catchers in fantasy this year, and it looks totally legit.

Francisco Cervelli has had a really interesting year this year. After years of not being much in the way of a fantasy contributor at all, he’s all of a sudden one of the best catchers in fantasy, and that’s mostly been thanks to his increase in power.

And what a power surge it’s been for Cervelli. His ISO has increased dramatically over where he’s been in seasons past: 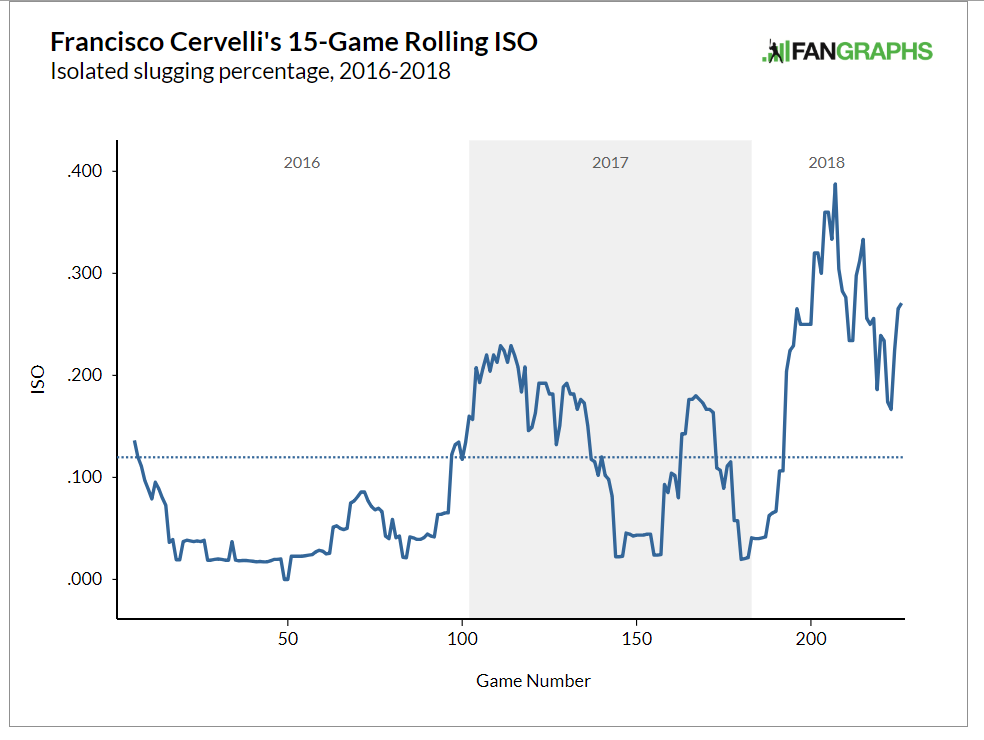 Now, if you’re like me (and if you are, you have my condolences), you get skeptical of the sudden successes of older players. I’m more inclined to believe it when a young player breaks out than when a 32-year-old catcher who’s never been a fantasy asset in his career all of a sudden breaks out.

That being said, it’s far from unheard of. All you have to do is look at guys like Daniel Murphy and Justin Turner to know that an older player can make a definitive change in their approach that can lead to sustained success. So naturally, the first question when looking at the massive power surge we’ve seen from Cervelli is—has he made any changes in his approach?

The answer to that is a resounding and very clear yes. Cervelli has joined the fly ball revolution, he’s launching the ball more than ever before—all the signs are there. 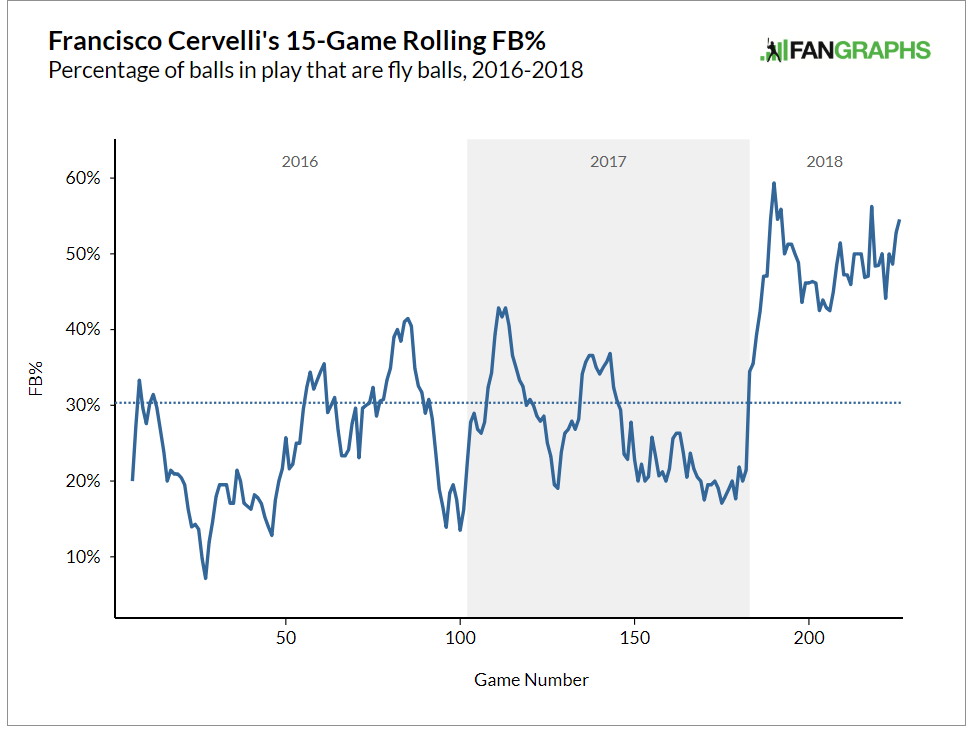 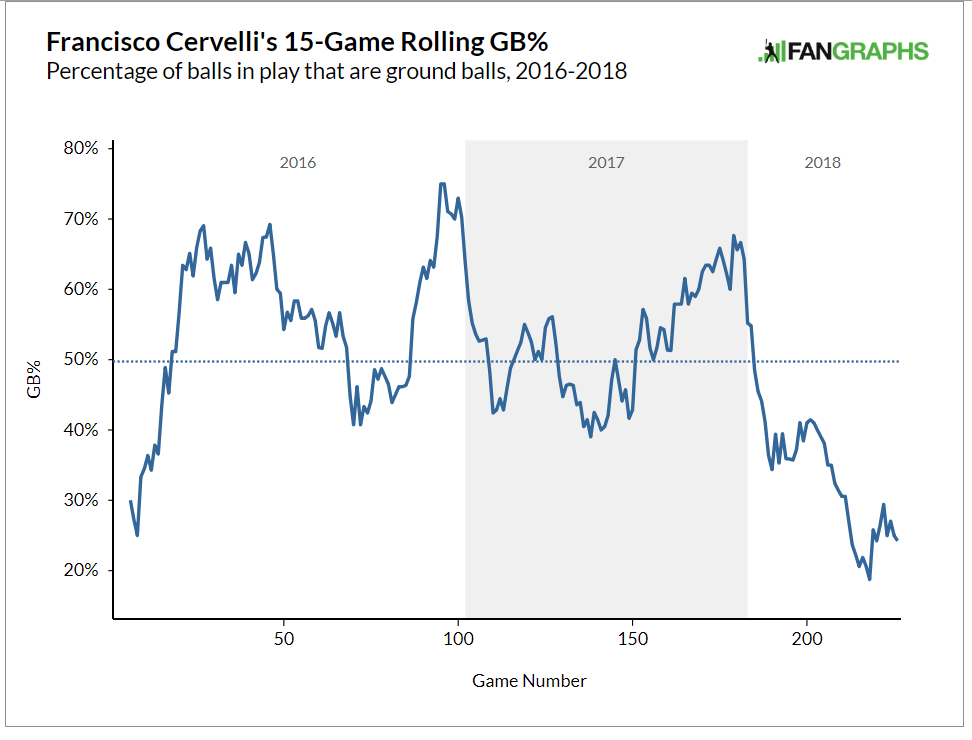 A massive increase in launch angle (from 6.3 degrees last year to 19.8 degrees this year):

He’s also been keeping his hard-hit rate pretty consistently high, sitting at 38.7% for the year so far (a career high) and he’s seen a noticeable increase in his value hit percentage—from 4.9% last year to 10.7% this year.

His performance so far this year is mostly supported by his xStats as well:

The only thing that looks likely to decline as the season goes on is his batting average as his BABIP regresses a bit. That’s not necessarily surprising for a guy who’s changed his approach to sell out for power.

What’s encouraging is that his power—and most of his success this year—looks legit, and that’s a huge jump for him. Considering the guy recorded a -.008 OUTs last year that’s jumped to a .203 OUTs this year, that’s some significant production that could stick for the rest of the year.

As it stands right now, Cervelli is only available in 23% of leagues. However to me, that’s an opportunity, because he should absolutely be owned in 100% of leagues. This is real, this is legit, this isn’t a hot streak. There may be some slight regression coming, but on the whole, this is real.

If you’re lucky enough to be in a league where’s he’s available, grab him immediately. And if you happen to find an owner who thinks Cervelli’s just an old guy on a hot streak and wants to “sell high” on him, I’m generally fine with buying (depending on what the owner is asking for). I think there’s a really solid chance that Cervelli ends the year as one of the five best catchers in fantasy, and considering he was more than likely a free agent pickup for most owners, he’s likely to be one of the frontrunners for fantasy MVP by the end of the year.